Sinulog: Queen of all the Philippine Festivals 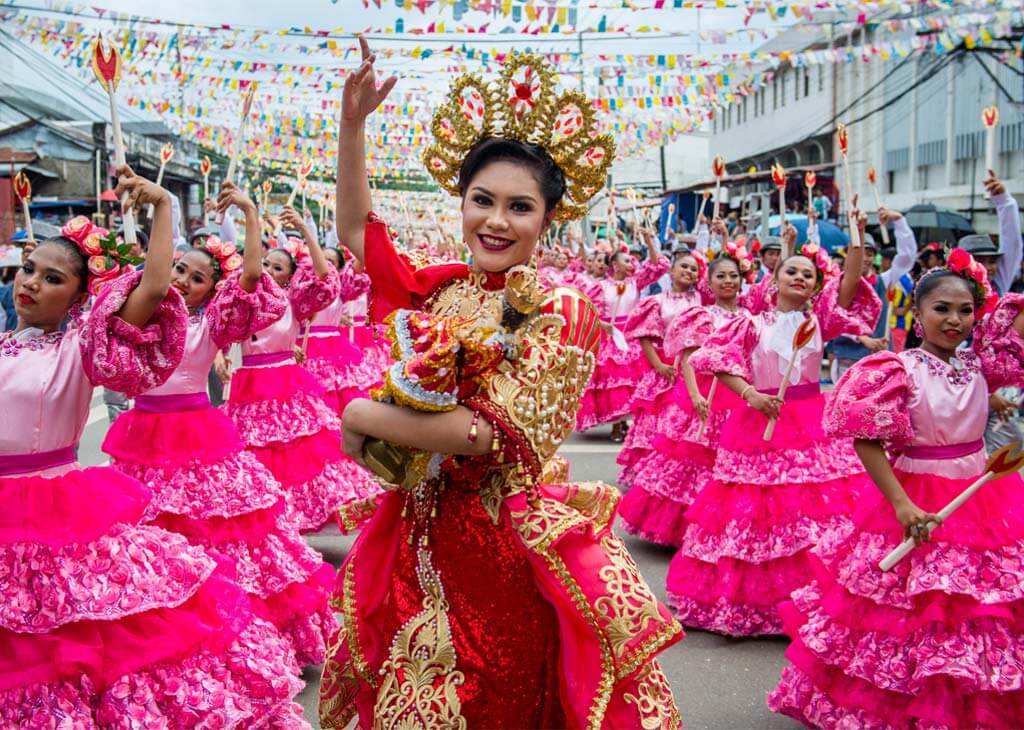 If you ask a Cebuano what are they looking forward to right after New Year’s Day, they will frantically answer, “Sinulog.” Fiesta banners and mini-flaglets already installed and lined-up the streets, getting ready for the grandest festival in the Philippines, Sinulog.

The Philippines is a country rich in culture. Every province has its own respective festivals to be celebrated in a specific time of the year in honor of their custom, religion, tradition, or history. Sinulog, for one, is known as the Queen of all festivals because of its grand celebration and influence on the country’s history.

The Significance of the Sinulog to the “Sugbuanons”

Tracing the relevance of Sinulog dates back hundreds of years ago. The native tribes of Cebu mainly perform Sinug as an act of worship to their anitos, as a ritual during special occasions,  as a thanksgiving whenever they have a bountiful harvest, or as an act of favor when they appeal to their Gods. As the years progress, so as some traditional practices, yet Sinulog remains to be the same.

To the general public, Sinulog’s importance is directed as paying homage to the Sto. Nino and the graces bestowed by the Holy Child. It is also an opportunity to ask for their “paanad” to be heard. For the devout and pious, Sinulog is a religious experience that elevates their spiritual fervor and endures the faith of the Cebuanos. With the festival aimed at both secular and religious activities, the locals also see it as immediate event for economic gains. 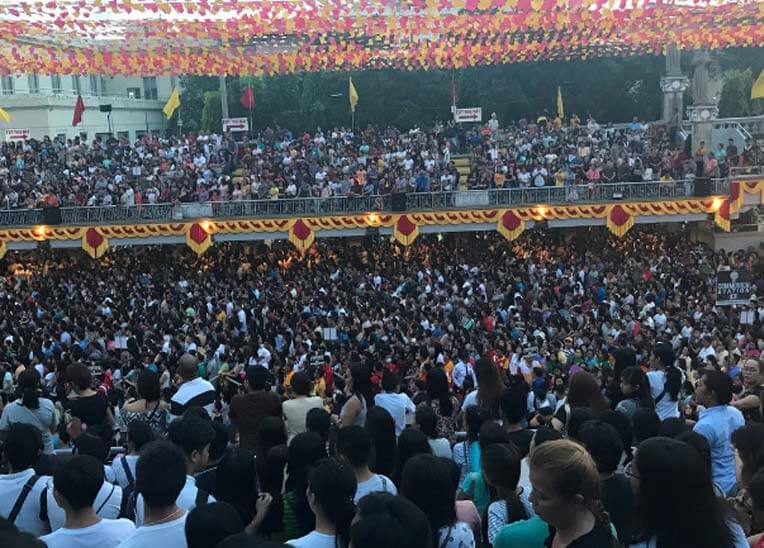 When is Sinulog celebrated?

Sinulog, to some, maybe a grand bash happening on the third Sunday of January, but solemn activities starts as early on the second week, kicking off with “Walk with Jesus” and culminating with “Hubo” (removal of the vestments and garments of Sto Nino) on the last week of the month.

What to observe as a tourist with reference to the solemnity of the festival?

Tourists can observe the faith of the Cebuanos by attending the novena mass daily and be moved by witnessing the spine-tingling moment when devotees waved their hands in the air in a wave-like motion while singing “Bato balani sa gugma”. One can also marvel at how candle vendors perform the traditional Sinulog — with dance steps and petitions to Sto Nino. 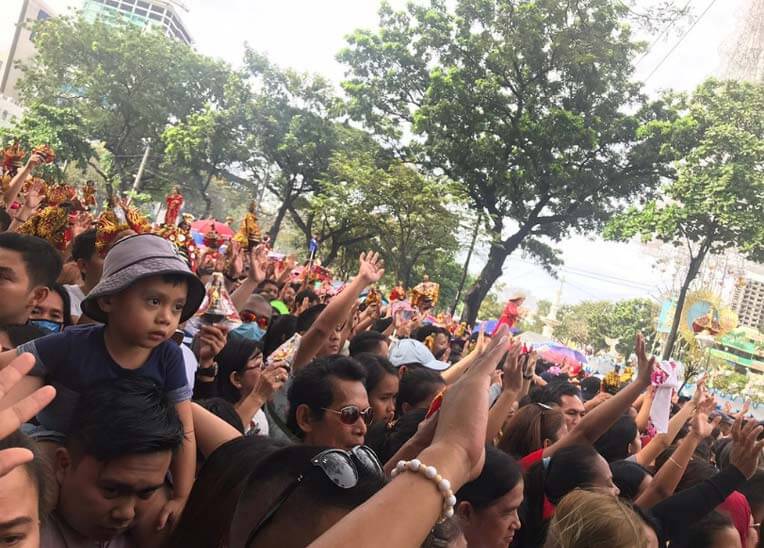 When best to come and what to expect?

For tourists who want to experience the entire festival, one should come as early as the third week of January. Cebu’s downtown area will be bustling with life day and night as people converge to the city for various fairs located in Colon street, cultural activities in Osmena Boulevard, street and ritual dancing competitions in Cebu City Sports center participated by different municipalities and towns, as well as a Sinulog idol (singing contest), Sinulog best dance crew, and Sinulog Festival Queen. The highlight is the Sinulog Grand Parade, a carousel of dancing Contingents, showcasing heritage, culture, tradition, and history of their respective areas.

Hotels in and around the city are expected to be fully booked as early as December. Vehicles and devotees are strewn throughout the claustrophobic roads from the downtown area leading to the basilica. Restaurants can easily become full and jam-packed, too! Plus, “balikbayan” presents are screaming “SALE” in every mall in the city! Expect swarms of people from the airport, bus terminals, and in tight streets of the metropolis during the festivity. 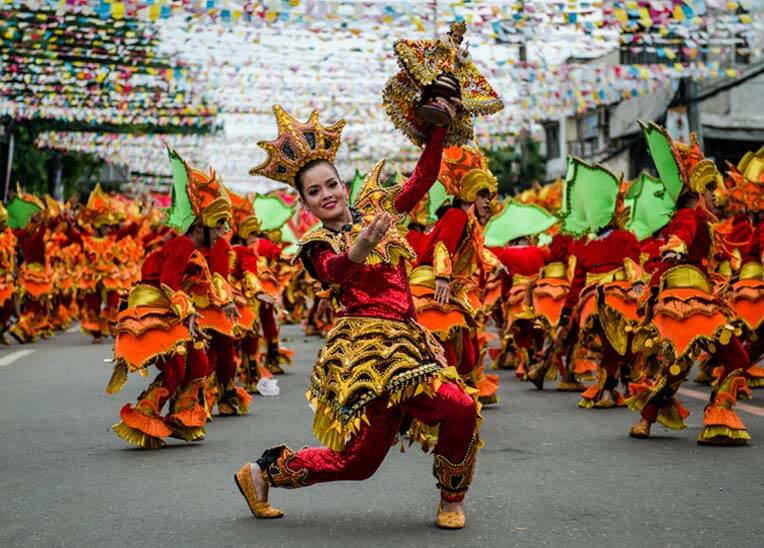 When to travel around Cebu during the Sinulog Season?

Tourists can make the most of their trip to Cebu by experiencing the revelry of Sinulog, visiting the whale sharks of Oslob, indulging in local food, canyoneering in Badian, and beach bumming at the beaches, however, with a detailed plan. It’s seamless if you work with a professional travel agency like Happy Juanderer to arrange all of your travel plans without missing the festival. They will provide you with a hassle-free itinerary, considering traffic routes, clogged roads, and blocked streets in the city.

One can always look forward to the Sinulog festival in Cebu because of its secular and religious activities line up all throughout the month. Sinulog is definitely the mother of all festivals in the country — a true-blue mouth-watering swanky gala packed with emotions, choreography, sounds, colors, people, and life.